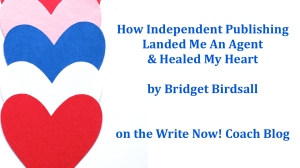 “Mom, why don’t you self-publish?”

For over twenty years my son, Quinn, had witnessed my fledgling writing career. He knew about the countless near misses. He’d seen me at my desk, day after day, hour after hour. 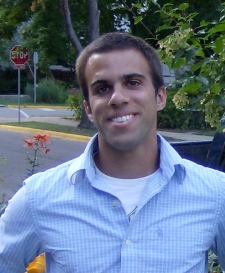 Once, when he was in middle school, he even caught me still in my p.j.’s at the computer after school. “MOM, talk about me spending too much time on the computer!”

Quinn was with me on the plane to New York when we learned my editor from FSG had just been fired. Yikes. Now, I would be meeting with someone who’d never read a word I’d written. An overworked stranger who graciously agreed to read my work. Unfortunately, I couldn’t figure out how to make it better when she requested I revise and resubmit.

My son also shared in my disappointment when the two-book contract with Front Street Press died because they suddenly closed their doors. Amazon had stomped into the scene and it seemed the world, and the entire publishing industry was in upheaval.

“But Mom, you promised to publish a book by the time you turned fifty.”

For a dyslexic writer this task felt daunting. With the same time and patience I’ve applied to my writing over the years, I began this journey. A supporter, who’d heard me read from Ordinary Angels at Edgewood College, offered to help with the book’s publishing expenses. “This story needs to be told,” she said.

Even with support, secretly, I wasn’t sure I wanted Ordinary Angels out in the world. But at least this way I could retain control over its distribution, which at the time trumped worries about the book’s future sales.

I hired a fabulous book designer, Carol Bracewell of Flying Pig Productions, and got cover help from Kimberly Puetz. I also hired an amazing developmental editor, Lissa McGlaughlin. All told, I spent $3,300 to make the book as professional as possible. I declined the myriad services offered by CreateSpace. Though, theoretically, if I had just uploaded my word doc file, the book could have cost me nothing to publish.

With my first draft of Ordinary Angels fresh off the CreateSpace Presses, I headed up to the Sheboygan Childrens’ Book Festival to cheer on my friend and mentor, Kathi Appelt.

Do you have an agent yet? She asked. Sheepishly, I shook my head. Not that I hadn’t tried. Then she asked if I would like her to read my new book. “YES!” Of course, was she kidding?

But, before I signed on the bottom line, I needed to meet him. You see Ordinary Angels was no ordinary book; it’s my story, in the form of a YA novel. Furthermore, my mother had threatened to “Sue my ass off!” if I dared to publish a personal story. I did not doubt her, because she had already sued one of my brothers.

When I got to New York, yet again, my new prospective agent said in his somewhat serious and reflective manner, “If your mom sued you, it would be the best thing that could ever happen to the book.” He smiled at me and I smiled back. I’d never thought of it that way. Obviously, he was not afraid of my mother.

As it turned out, I didn’t need to worry so much, and my mom actually read the book before she passed away, which is a story for another time.

To date, Ordinary Angels remains available on CreateSpace and Kindle, and though a traditional publisher hasn’t picked it up yet, the editor of Lovely Bones, among others, gave it a strong look. This would never have happened without my agent.

Overall, the whole process of independently publishing has served me as a writer. It helped me understand the complexity of the book business, something I now prefer to let my agent lead the way; it helped me land my agent; and landing an agent helped me shape up and sell, traditionally, my new book, Double Exposure.

Most importantly, independently publishing my first book helped me to understand on a deep level that I am never happier than when I am writing! Such a different skill set than those required to design, edit, market, place or publish a book.

Independently publishing taught me what I already knew: that books are more that “consumables” in a material world, they are an opportunity to create art, and touch hearts. Something, that’s easy to forget in a numbers game played by giants. Good books help us remember who we are and why we are here. They challenge us, entertain us, heal us, and for some—they might even save our lives.

Would I do it again?

My answer is unequivocally, yes.

My initial goal was to publish a book by my fiftieth birthday. I did. My greatest hope was that my book would make a difference in the life of at least one person. It did. I’ve received countless emails from people who told me that I wrote their story. This blew my socks off. By independently publishing my story, even as a YA novel, I not only found a great agent, but I touched more than a few peoples’ hearts, while healing my own.

Bridget Birdsall Anti-Bully BookAbout the author. Bridget Birdsall is an author and inspirational speaker. Despite dyslexic challenges, Bridget made a midlife decision to pursue her dream of writing books that touch hearts, especially young peoples’. She earned her MFA in Writing for Children and Young Adults from Vermont College and now facilitates creative, contemplative and transformative writing opportunities for writers and non-writers alike. Bridget’s young adult novel Double Exposure about a teen athlete and published by Sky Pony Press was selected by Publisher’s Weekly as one of the top anti-bully books of 2014. Her first book Ordinary Angels, about siblings surviving the death of a sibling, is part memoir and part novel, it continues to receive recognition. Bridget believes books can save lives and she is becoming known as a writer willing to tackle tough topics.

A longtime resident of Madison, Wisconsin, Bridget is the recipient of numerous awards and fellowships. Check out her blog and learn more at: bridgetbirdsall.com

This site uses Akismet to reduce spam. Learn how your comment data is processed. 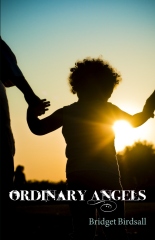